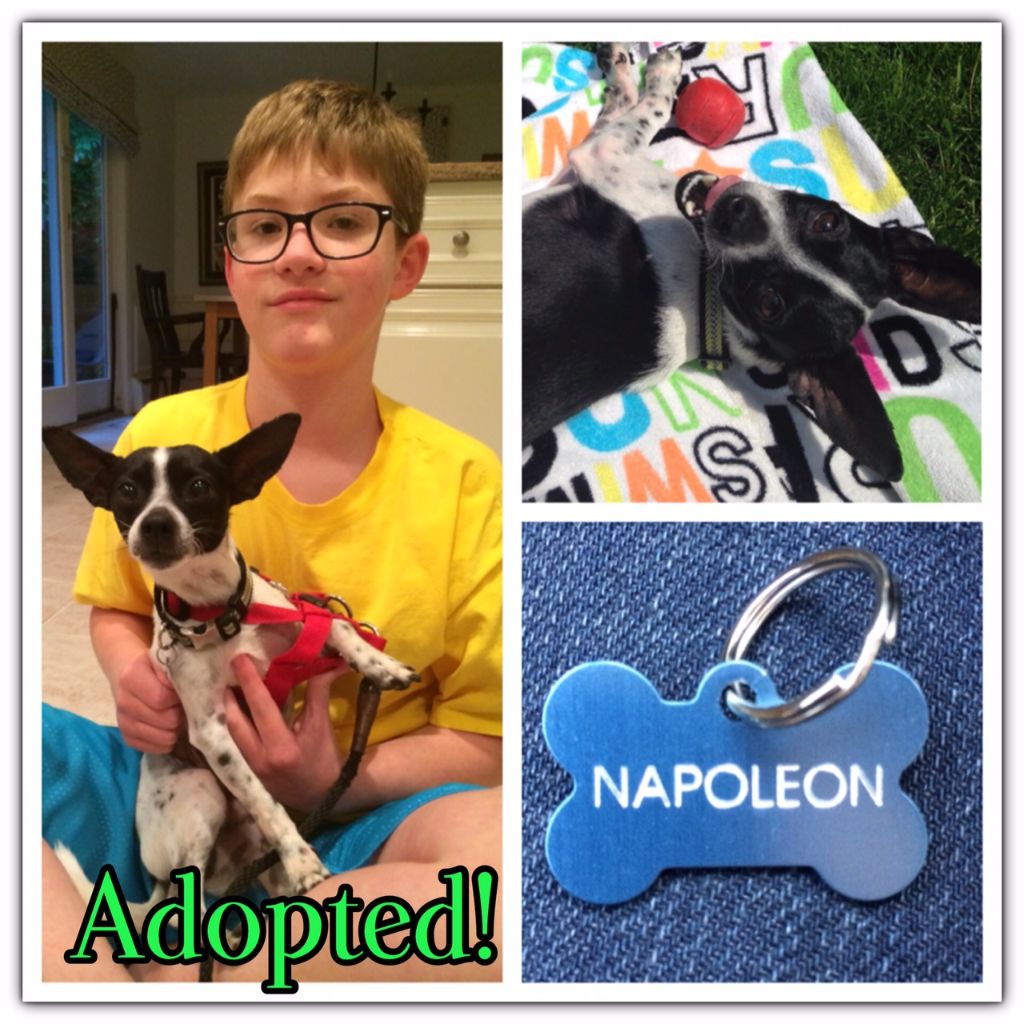 APRIL 22, 2014: Our newest One Lucky Pup rescue, and first small breed pup, is NAPOLEON!  This lil’ bit is a Chihuahua/Rat Terrier mix and is approximately two years old, UTD on all shots, fully vetted and 8lbs of fun! While he is special needs, he doesn’t let his idiopathic epilepsy stop him from being a social butterfly. He does great with other dogs and loves to cuddle with his special humans. His MRI, seen in his profile album, revealed very mild hydrocephalus (a mild increase in the amount of fluid that surrounds the brain), but Dr. Abbie Lebowitz, of Fifth Avenue Veterinary Specialists says this is considered a normal variant for a chihuahua and is not a problem for Napoleon.

UPDATE JUNE 2: Napoleon has been ADOPTED!

What is Idiopathic Epilepsy?

This diagnosis means Napoleon has a lower seizure threshold, although the mechanism behind this is unknown. Idiopathic epileptics typically have their first seizure between 1-6 years of age and are normal between their seizures. His medical needs for the remainder of his life are phenobarbital doses each day, which will cost an estimated $20/month. He will need blood tests at check ups to ensure he is handling the dosage properly but will lead an otherwise normal life! This handsome little guy needs a home and has a lifetime of love to give. He is healthy and sound.

It’s not the size of the dog that determines their ability to love, it’s only the intent of their heart that matters. We believe ALL DOGS MATTER and so we are committed to this little nugget with the same intensity that we commit to the 60lb. pitties that we LOVE. A special needs dog doesn’t love any less. His lifetime medical costs will be minimal and his prognosis is FANTASTIC! He is neutered, up to date on all shots and ready to go home! If you would like to arrange and meet and greet please contact Elli Frank at elli@mrbonesandco.org.